The taste of her lips still lingered as he lay content, idly watching the news. He could hear her in the shower. Smiling at the newly forged memory of a one-night stand, he was about to flip through the channels when the news story changed and her picture was suddenly on the TV. He watched in horror as the anchor told the story of a serial killer.

The noises in the bathroom had stopped, and his eyes darted around the room looking for his clothes. He didn’t see them, getting out of bed his naked form quietly looking around the hotel room.

“You OK?” he heard her call out as the sink turned on in the bathroom.

Not seeing his clothes anywhere, nor his phone, panic gripped him. He feared she would hear if he opened the door to the room, so silently he slipped out the window and onto the fire escape. Naked and ten stories up he shivered in the early hours of the brisk autumn morn. He looked down and his head swam, he had never been one for heights.

He felt the push at the same time he heard the words, “Thanks for the fun, Hun.” As he fell, he twisted back to see her, hair wet, in a robe, smiling. A few moments later all was darkness…

Sharing is Encouraged and Appreciated.

I write to cope with my Manic Depression and Schizophrenia. You can find my Poetry and Prose on Facebook, Instagram, and Twitter. My short stories I keep on WordPress. View all posts by Wil R.P. McCarthy

This site uses Akismet to reduce spam. Learn how your comment data is processed.

"I'm sorry,
I think in paragraphs
not sentences"
~WRPM©

Come Join us at Writer’s Island 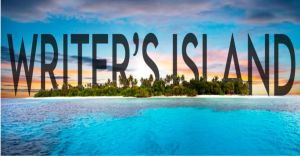 Follow The Stories of a Raving Madman on WordPress.com
Join 3,909 other followers